← back to
Transcendent Tunes
Get fresh music recommendations delivered to your inbox every Friday. 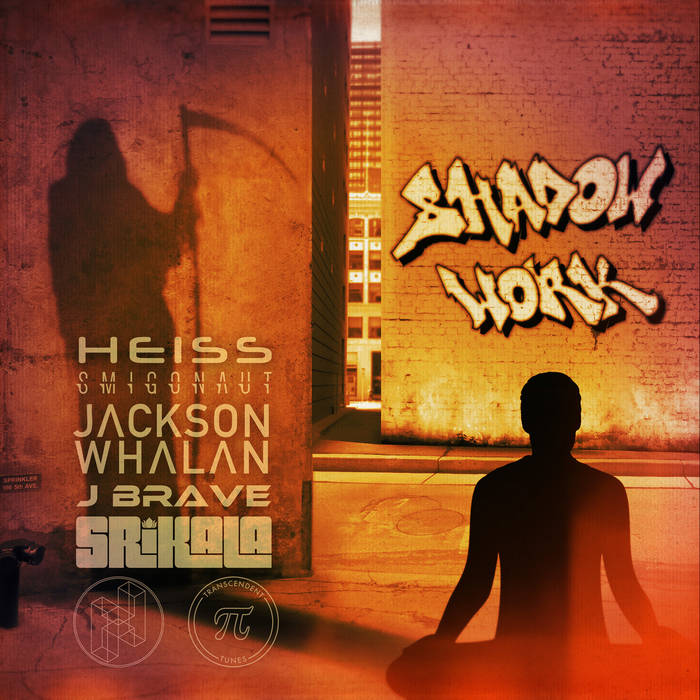 Shadow Work, produced by Boston based electronic musician HEISS, drops April 25th on the Transcendent Tunes label. Drawing upon the music that inspired HEISS to leave his drum set behind and become a beat maker, the 3 track EP puts together the lyrical energy 90’s Rap with more modern EDM production resulting in something different. The sound is a melting pot of 12-bit beats reminiscent of an SP-1200, mixed with East Coast styled horns and West Coast synth leads together with more modern bass Wobbles and Glitches. Listeners of modern electronic Bass music, more conscious Hip Hop and Rap will feel equally at home with the EP’s 3 tracks: “Shadow Work” featuring Smigonaut and emcee Jackson Whalan, “Love Is The Remedy” featuring emcee J Brave, and “We Here” featuring emcee Srikala.

Prior to 2016’s The Tragic Miracle, HEISS released Absolutio(N) in 2015, and before that, the Awaken(D) remix album and 2013’s Ascensio(N) all beginning with the 2012 release of Awake(N) under his own name. HEISS’ musical background is as broad as his full back catalog of monikers from the 1990’s. As a teenager, with “Salute To Symphony”, he performed as timpanist with the Youth Philharmonic Orchestra and members of the Boston Symphony Orchestra, John Williams conducting featuring Yo-Yo Ma on cello. He was later the drummer with a progressive jam band that opened for Phish in 1991 before breaking up, at which time HEISS then dedicated his path to electronic music as a producer - part of New York City’s Legendary 90s Rave Emporium Liquid Sky while performing and recording as Tube until 1999.

HEISS has played in many of the continental United States and provided local support in his home of Boston for OPIUO, Random Rab, PhuturePrimitive, Govinda, Bass Physics and others.

Artwork and Design by
threestepsahead.com

Bandcamp Daily  your guide to the world of Bandcamp

Nightmares on Wax and Bremer McCoy stop by with their sublime new LPs.